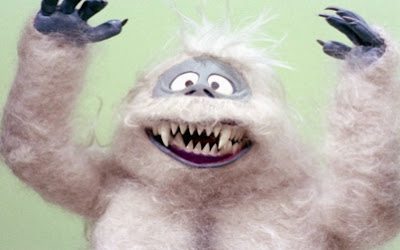 Merry Christmas. Our family is celebrating Christmas on the 28th because that's the day we can all be together, and so this morning it is probably more quiet at my house than it is at yours. And the quiet gets me thinking about the many, many Christmases behind me. The Ghost of Christmas Past is paying me a visit, but this is a good ghost I enjoy having around. A lot of the memories blur together, but there are some that are so distinct -- clear and round and whole -- like the favorite ornaments on the tree that I unwrap every year and think, There you are. Hello, Christmas.

There's one Christmas I think back to every year. Back to before I had kids; way, way back to when I was a kid around ten, when we drove from Hamden, Connecticut to Ottawa, Illinois in a blizzard. The car held a trunkful of wrapped presents and my dad and mom; my sister, Suzanne; me; and our black miniature poodle, Babette, who would later help herself to the leftovers of our 25-pound turkey, narrowly escaping death -- both from the effects of the turkey and from the threat of my grandmother's barely contained wrath.

But before all that, we had to get to my grandparents' house, and things were not going smoothly. We crept along with the snow barreling down and the windshield wipers frantically ineffective, my dad hunched forward in his seat, my mom tense, both smoking. Even Suzanne and I had stopped fighting about whom Babette liked better. A temporary peace, a ceasefire if you will, erased the imaginary line that had served as the border between our two hostile countries in the backseat.

My parents were much younger than I am now, in their early thirties, attractive, successful professionals,  who usually kept life interesting and fun for their young daughters. Before the blizzard took over, we'd been singing road songs, eating salami sandwiches my mom had passed back to us, playing the alphabet game. Five years later, they would divorce, but as much as things would change for our family, all four of us always remembered and talked about this road trip. As I write this now, I want to call my father to help me fill in the details, because he had that kind of memory. But my dad died seven years ago. He was a risk taker, a man who had to turn around and repay the toll many times in his life, a man who was raised in Buffalo Center, Iowa, and who swore he'd still be there if it hadn't been for hitchhiking.

Which brings me to the next scene in our story. My father was paying at a toll booth when he spotted a hitchhiker up ahead. He was covered in snow, but as my dad drove slowly past him, the hitchhiker smiled and waved, and something in his smile reminded me of Jim Croce, a singer I'd recently seen on television singing "Time in a Bottle."

"The guy I saw back at the Whatchyamacallit toll booth." (My father didn't say Whatchyamacallit here; if he were alive, he would tell me the exact name of the toll booth and its exact location. Forgive me, Dad, I'm doing my best here without you.) "We could have given that poor kid a ride the whole way. I'm turning around."

But my father slowed the car down even more, looking for an exit he could take. He drove back and repaid the toll booth operator.

My father picked up hitchhikers. If they were young women, he would lecture them on the dangers of hitchhiking. He would only pick up men if my mother, Suzanne and I weren't in the car. But my father was also a man who was not above breaking his own rules. This drove my mother understandably crazy.

"Jesus, Janice," my dad said. "He's obviously trying to get somewhere. He didn't strangle the kind people who gave him a ride this far."

"How do you know it's even him? He's covered in SNOW."

"Exactly. That's why we're giving him a ride."

As my dad pulled over to pick up what Suzanne called The Abominable Snowman, Babette barked like a Doberman Pinscher in attack mode, and my mom  yelled, "Donald! It's not him! Just GO! Don't stop!"

But my dad ignored us all, and leaned over my pissed-off mother to roll down the window for the Jim-Croce-Abominable-Snowman-Family-Poodle-Killer.

"Where are you coming from?" my dad shouted over Babette.

"Yep. I thought I saw you back at the Whatchyamacallit toll booth."

"We can give you a ride to your front door. Hop in."

My mother got out of the car. I waited for her to fling open the backdoor and yank Suzanne, Babette, and me out, but she didn't. She let the snow-covered soldier in to sit between them, and then got back in the car. She offered him a salami sandwich, and hot coffee from the thermos and then a cigarette.

Babette settled down and fell asleep while Suzanne and I, who usually happily ignored most adult conversations, strained to hear the three adults murmuring in the front seat. I traced the name of the soldier etched on my POW bracelet. I wanted to lean forward and show him the name and ask if they were friends, but I was too shy.

While he spoke, I watched the snow melt off his hat and jacket and slip down the back of the seat like teardrops. My parents shook their heads, fell silent. The three of them smoked more cigarettes, said more things I couldn't quite hear.

And then, a shift, a rise in the soldier's voice as he leaned to look out the window. In the far distance, he said, he could see his parents' farmhouse. My father again offered to drive him to the door, but he declined. "No thank you, Sir. I've been dreaming about walking up and over that hill for a long time now."

My dad nodded, pulled to the side of the highway. It was snowing still, but in big soft flakes that lollygagged their way down. The soldier turned and patted Suzanne and me on our heads. "I hope Santa's good to you girls."

Both my parents got out of the car. He shook my father's hand and then they embraced. My mother wrapped her arms around the soldier, too, and said, "Merry Christmas."

Back in the car, my dad didn't shift into drive right away. The car idled, filling with Christmas. My mother scooted closer to my father and laid her head on his shoulder and he reached his arm around her. I heard her sniffle and sigh as we all watched the soldier make his way through the snow, toward his waiting home, white with lights.
Posted by Seré Prince Halverson at 10:24 AM 17 comments: