Gratitude for My Writing Sister 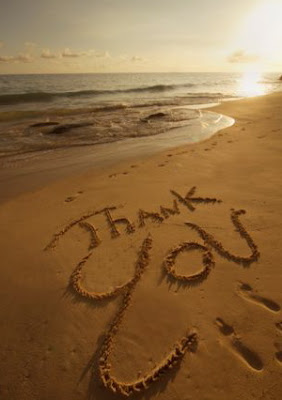 A year ago today, I flew down to San Diego to hold onto the hand of one of my closest friends. Ellen lay in bed in the ICU, hooked up to a ventilator, as still as still can be. Under that stillness, a battle raged over her lungs. She will never again say, "As easy as taking a breath."

It's her story, so I'll leave it for her to tell. She's a fabulous writer and storyteller. She has been my writing sister for the past 15 years.

I will say this: She's home now, still fighting, but getting better. There have been setbacks, more hospital stays. But she finished a novel and turned it into her publisher. To keep her spirits up, she ordered a whole new supply of pretty pajamas and matching slippers online. And when yet another setback got too depressing, Cat Stevens crooning through her iPod ear buds reminded her how utterly gorgeous life can be, and what a privilege it is to be able to make art.

She's a prize fighter. She's a prize writer. When the bombs explode, she often pulls her pen from its cap like a sword from its sheath, and she gets the words down. She makes art. (She's shrugging as she reads this. She's saying, "Everyone has their battles. We all do the best we can.")

Except we don't always choose to do our best. I haven't, not always. Sometimes the fetal position is so inviting. But for the last 15 years, Ellen has been a phone call away, helping me to drop-kick the indulgent self-pity out the front door, to let in hope and perseverance. She's that kind of person, that kind of friend.

A year has passed, from one Thanksgiving to another. I know only two prayers really well. Last Thanksgiving I kept praying, Please. This year I'm praying the other one: Thank you.
Posted by Seré Prince Halverson at 9:44 PM 13 comments:

A Barnacle With the Wind in Her Hair

A few weeks ago, I pried my little barnacle self off my rock here in the woods by the water, and flew to Colorado to visit my mom and stepdad. Then I jet-setted back home for a couple of days before flying with my son to Austin to see my sister, Suzanne, and her family.

We are a close family, but our pinpoints on the map are spread far and wide, and we don't see each other as often as we'd like. Maybe that's why when we do get together, I feel the passage of time whipping through my hair, suddenly aware of the earth spinning 900 miles per hour, orbiting at its 18.5 miles per second around the sun. I want to grab each member of my family and hold on for this dear, sweet, short life.

Images flash through my head like an erratic and random slide show. Remember when, Mom? You were twenty-seven and I was four? Remember when, Suzannie? You were five and I was eight? Remember when? My kids were five and eight? And your kids were seven and four? The soundtrack of my mind flits around from eight-tracks pumping out Kentucky Woman and Monday, Monday to cassettes playing everything from The Indigo Girls to Raffi, to CDs blasting Modest Mouse when I took the boys to school, to the silence of everyone hooked up to their own iPods. The irony is that now our three different generations of family like a lot of the same music, and much of that music links us to our past, to each other.

There are the stories we repeat, telling each other again and again in an effort to keep moments alive. Like the time I came home from seventh grade and announced to my mom, while she worked on a painting at an easel in our kitchen, that I had volunteered her to make potica, a Slovenian sweet bread,  for Ethnic Day. She reacted as if I'd invited The President and First Lady to join us for an eight course dinner. In an hour. What I didn't know is that although my grandmother made potica regularly, my mom had never made it. Nor did she have a desire to make it. It was a complicated recipe. She wanted to paint. Instead, she figured out how to make potica for a hundred or so seventh graders.

We laugh about it now, and as I've mentioned here before, she now sends us potica every Christmas. We've talked about making it together for years, of her teaching me how, but we never have. This trip, we made potica together. The good thing about feeling the passage of time whipping through your graying hair, is that you stop putting things off. You get busy doing the important stuff.


And so I also stood in a field and painted a picture of the mountains with my mom because she loves to paint and I've always wanted to try it but never have -- at least not since I stopped carrying my paintings home folded up in my lunch box. We set up easels and she gave me some pointers. Then we fell into a deep, concentrated silence that hushed my flitting soundtrack and stilled my random slide show so that I became aware of nothing other than the mountains before me and my mother beside me. And I discovered that I, too, love to squish paint onto a canvas.

Flash forward a couple of days when I sat on a plane with my 20-year-old son Michael and thought about how I wouldn't fly with him when he was two because I was afraid he might break out into his fingernail-curling scream, causing the other passengers to join forces and open the emergency escape hatch in order to throw us off the plane. I realize it is not possible to open the emergency escape hatch at 35,000 feet without sucking everyone into oblivion. But I also fully understand the desperation that would cause them to ignore this fact and try it anyway.

Now I looked over at Michael, a handsome, calm young man working the crossword puzzle, who will be leaving in January to study for a semester in Florence. And I remembered the feel of his silky baby hair on my cheek, as if his two-year-old self had just climbed into my lap, anchoring me to this world like a paperweight in footsie pajamas.

Suzanne picked us up at the airport and we joined her kids at a restaurant for dinner. Another story we like to retell: The first time they visited us, Michael, who is a year older than my niece Nicole, would push Nicole down when she'd get anywhere within three yards of me and say, "No, baby, no! My mommy!"


I am happy to report that Michael no longer screams or pushes Nicole or teases her mercilessly as he did when they were growing up. But the two of them, along with my 16-year-old nephew Chris, made us laugh so hard all through dinner that my abdominal muscles actually ached. Considering the fact that I don't really have abdominal muscles, this is truly amazing. Either our kids should have their own show on Comedy Central or we share a genetic predisposition that makes us think the same ridiculous jokes are utterly hilarious.

But, wait. For some reason, the kids don't think my ridiculous jokes are utterly hilarious. Hmm. I'll have to rethink that one.

Anyway, it was a good trip. And now I'm back home, missing everyone. But I am here, with our dog, Stuart, and our cat, Bob, both stretched out across our bed. Stan makes breakfast, the fire in the wood stove pops. One day this quiet, simple morning may flash in my memory like a slide. One day Stan and I might shout to each other in ears stuffed with hearing aids, "Remember, Sweetie? Remember that little place by the river? Remember Stuart and Bob? And how they would hog the bed? And how much we loved them anyway?"

And yet for now I am right here, tucked back into this little home, back to my barnacle ways, scrawling words down in some kind of effort to slow this world's spinning -- slowing it enough, at least, to touch and feel the moments as they fly by.
Posted by Seré Prince Halverson at 10:06 AM 10 comments: